Is the Monobloc good design? 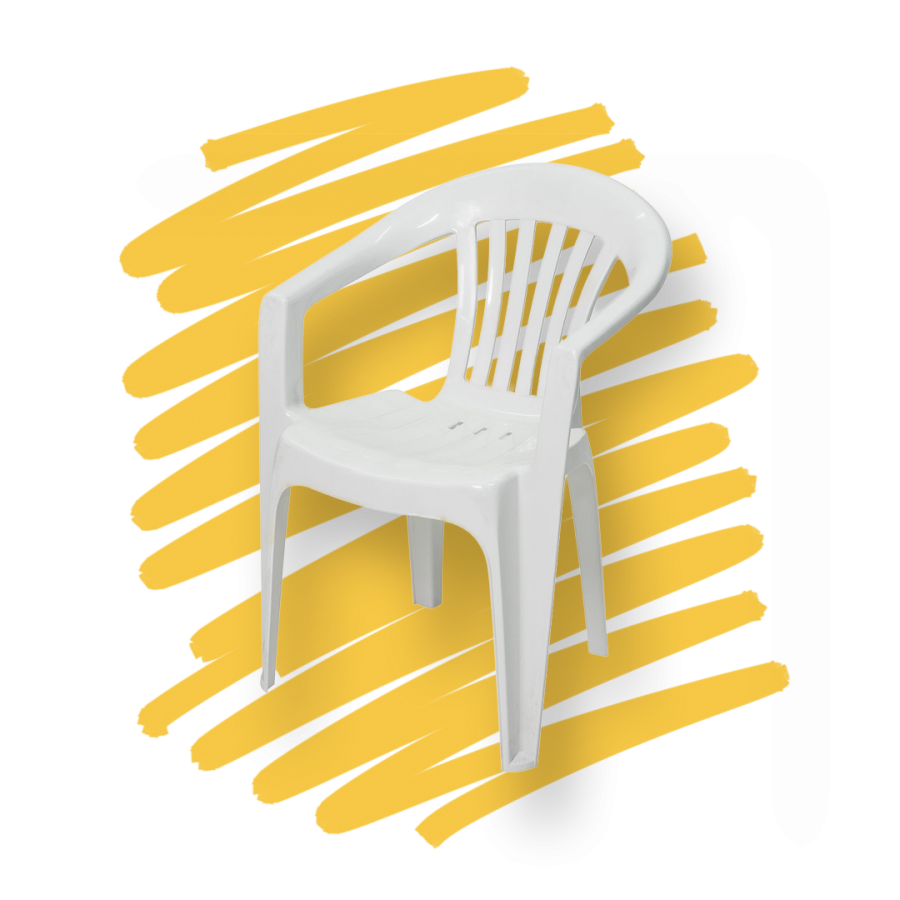 If you consider these elements of design — appearance, affordability, quality and ease of manufacturing — the Monobloc chair might be one of the best products ever designed. 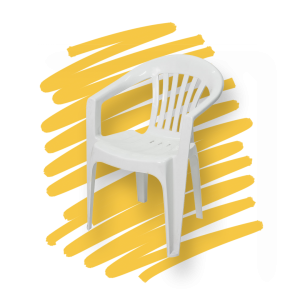 That may seem like a bold statement on its face, but read along and I think you’ll see things are not as clear as you might think.

The Monobloc refers to those white plastic lawn chairs. Their ubiquity is such that even a description as vague as that probably was enough to conjure their image in your head.
The original Monobloc plastic chair was designed by Canadian architect and designer D.C. Simpson in 1946.

Since Simpson’s pioneering design, multiple variations were made on the plastic chair, including such notable examples as the ever-stylish Panton chair (Verner Panton, 1968), and the Grosfillex Resin Garden Chair (Grosfillex, 1983), this latter being the most recognizable today.

The 1968 Panton chair and it’s feature of stackability was a predecessor to the Garden Chair, which we recognize as the modern Monobloc.

But once the Monobloc comes up, so too does the question, ‘what makes design good?’ What specific features or attributes are emblematic of skillful design? Is it simply a matter of beauty and functionality? Or should we also account for features such as quality, ease of manufacturing and affordability?

These are important questions for designers to ask when they’re creating new products, for it’s rare to see beauty, functionality, affordability, quality and ease of production present in one product. Usually at least one must be sacrificed.

For example, the Monobloc itself is a highly utilitarian piece of design. It’s optimized to be mass produced, affordable and sturdy—well, sturdy enough. By way of appearance, the Monobloc isn’t even on the same plane as the hopeful and futuristic look of the Panton chair, emblematic of space-age optimism. However, the Monobloc does fulfill other roles of functionality much better than its conspicuously-colorful counterpart.

The Monobloc’s birth coincided with a relatively new process of plastics-manufacturing in the post-World War II era: injection molding. Injection molding is a process in which plastic beads are heated to the point of melting then shot through what’s essentially a large syringe into a mold. The plastic then cools and the mold splits apart, dropping out a freshly produced plastic piece.

Since its inception, the Monobloc has spread through the world with the same swift efficiency as the coronavirus. The chair quickly reached a point of global ubiquity, making it what one scholar has called “a context-free object.”

Most objects such as electrical outlets or kitchen utensils’ designs have temporal anchors or markers that cue a viewer in as to when it was designed or manufactured. It’s easy to identify a car as having been built during either the space race or the late 90s, but with photos of the Monobloc, you can’t tell whether they were taken in the late-80s or yesterday.

The affordability of the Monobloc and its simplicity in manufacturing give it distinct and unparalleled advantages over many other chairs. No other chair is so readily accessible and easy to procure several of for the purpose of an event, gathering or stand-in furniture.

The Monobloc’s squared legs offer not only increased stability for plastic, which is a fairly flimsy material overall, but also stackability. The Monobloc is just as commonly seen standing alone or discarded at the side of the road as it is in large stacks awaiting use.

Stackability is a high-value design feature for chairs, especially as it relates to eventful spaces. While some chairs may look better or be more comfortable than the Monobloc, they take much more space to store, not to mention their cost. The feature of stackability is something that designers still optimize for today.

Slits in the Monobloc’s back and seat allow for easy drainage, making the chairs perfect for outdoor use, as they can simply be left out in the rain without being damaged. (The third most-common sighting of the Monobloc is a few leaned against a table in a yard.)

The slats also mean less plastic is used in the manufacturing process, which might not be a huge deal for artisan furniture makers, but when it comes to an industrially-produced chair like the Monobloc, the savings compound quickly.

Of course, the Monobloc has its criticisms. I don’t think I will get anybody’s dander up if I call it ugly; it’s cited as eroding local cultures and homogenizing design throughout the world, and they are generally fragile pieces of furniture. Still, the Monobloc’s affordability positions it as a symbol of upward mobility in developing nations.

Today, with increased pressure on manufacturers to find alternatives to plastics and to shift away from the single-use variety, the Monobloc is left in a peculiar place. While chairs generally aren’t thought of as single-use or disposable, if one is, it’s the Monobloc.

So is the Monobloc good design? Of course it is. And of course it isn’t. Verily, it’s a matter of perspective depending on what features any given person is optimizing for, but one thing’s for sure: whatever you think of it, and whatever its impact, the Monobloc has revolutionized design.

You would be hard-pressed to find a product as ubiquitous and instantly recognizable or a product that has so profoundly shaped how we think about what makes design good.