Making friends with the fauna on campus 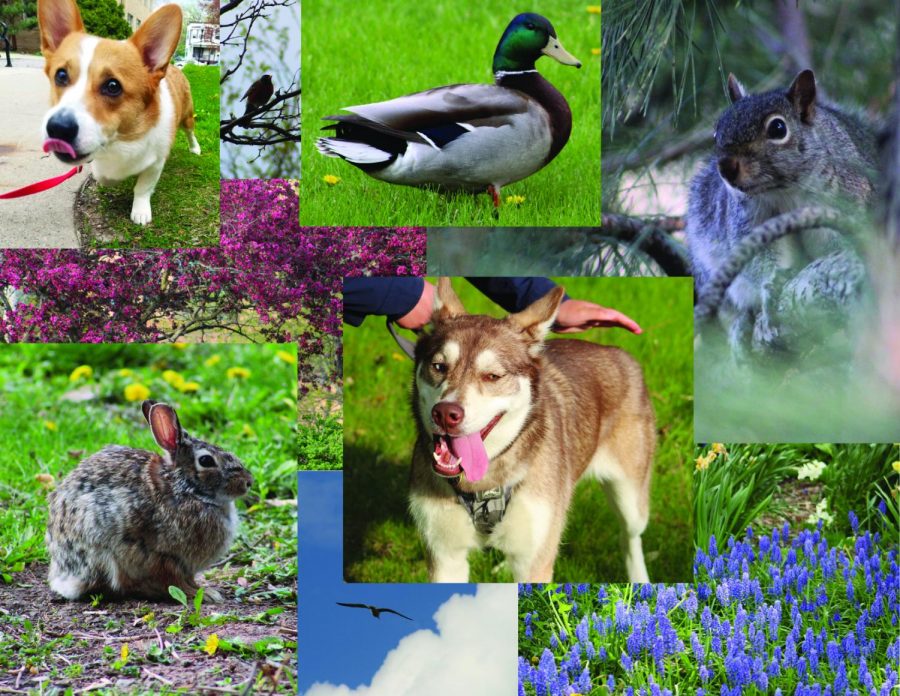 Colleges all across America claim that their animals on campus, especially squirrels, are different from animals off-campus, as they are overly friendly and let you walk right up to them. Being a student at UWO for nearly two semesters now, I have recognized just how friendly ours are.

The massive talk about squirrels on college campuses was started in a Twitter thread by Rodger Sherman, a staff writer for The Ringer.
His viral tweet read: “1. did you attend a college with squirrels on campus 2. did people assert that your school’s squirrels were, in some way, different from most squirrels.”

The tweet led to thousands of people replying with their own college squirrel stories. These stories ranged from people responding with pictures of their famous squirrels on campus, doing research projects on them for classes and even their school mascot becoming a squirrel.

UWO clearly has expressed its appreciation towards our campus squirrels by making an Instagram dedicated to them @uwosquirrels. The page is new as of April of 2021. So far, the page consists of videos and pictures students send in to be featured.

The videos on the page include a squirrel fight, squirrels sitting on tables around campus, a squirrel on a ledge of a window outside a dorm room in Stewart Hall, a squirrel doing parkour and videos of squirrels eating chicken nuggets and french fries.

We are not the first UW System school to make a page solely dedicated to squirrels. UW-La Crosse, UW-Platteville, UW-Milwaukee, UW-Whitewater, and UW-Madison all have squirrel Instagram pages of their own.

Searching up “squirrels” on Instagram brings up tons of campus squirrel pages to search through. Clearly, college students have a natural affinity towards squirrels.

Penn State is especially known for their campus squirrels. Alumna Mary Krupa from class of 2016 is known on the Penn campus as the squirrel whisperer and found that the squirrels would let her pet and feed them. After learning that, she started dressing them up.

A Facebook page for Sneezy The Penn State Squirrel has 54,000 followers and still posts pictures of squirrels in all sorts of funny hats and dressed up for holidays.

Squirrels are not the only friendly animals on campus at UWO. Ducks, seagulls, rabbits and dogs all found on campus are also very friendly. Evans Hall has a corgi living in it, and it is extremely friendly. Many community members and off-campus residents also walk their dogs on campus often.

If anyone has had the honor of meeting our campus opossum, consider yourself lucky. I have spotted the campus possum twice, and have taken the task of naming him Peter the Opossum.

According to The ‘Possum Pages, “Opossums are generally nocturnal, foraging throughout the night. But it is not at all unusual to see an opossum out during the daytime, especially during cold weather.”

Both times I have run into Peter the Opossum have been at night. If you happen to run into Peter or any other opossum, it is very rare they will attack or bite, but they might growl, hiss or open their mouth showing their teeth to ward off predators, according to North American Nature.

Recently, a lot of ducks have been roaming around campus in the warmer weather. This past weekend, I saw a group of around 10 ducks sitting in the grass near Gruenhagen Conference Center. On the same weekend, I also saw a woodchuck by South Scott.

Studies show that students being exposed to animals on campus produces many beneficial therapeutic effects. The CDC shares that having a pet of your own can help manage loneliness and depression by giving us companionship. This is often why some colleges bring in therapy dogs around finals.

One thing is certain, and that is college students love animals on campus, especially the interaction with squirrels. If stressed from finals or work, take a step outside and look for an animal friend; I am sure they are not far away.