Is now a good time to “eat the rich”? 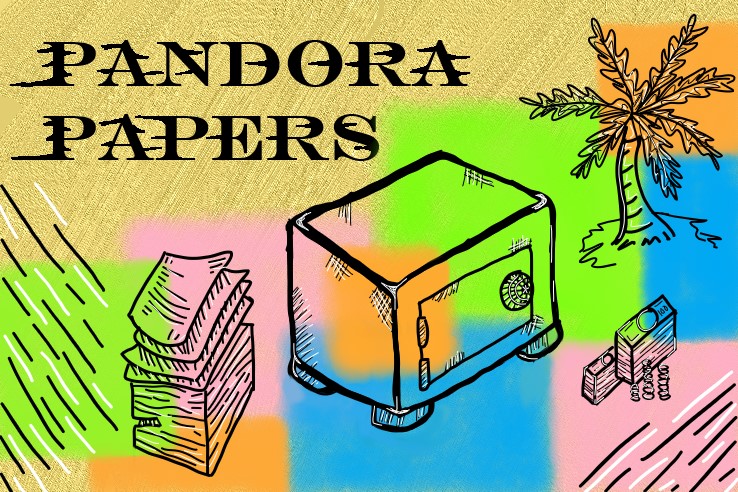 In early October, information was released on the Pandora Papers, a scope of 11.9 million documents, which were uncovered by the International Consortium of Investigative Journalists (ICIJ). These “show how the ultra-rich and powerful move their money around the globe” in secrecy, according to The Washington Post.

Emails, passport copies, bank statements and more all show how presidents, kings, princesses, billionaires and criminals hide and move money. There are over 600 journalists sifting through this massive amount of information.

It is estimated that corporations and the super-wealthy have stashed away as much as $32 trillion untaxed, or at a very low tax rate, according to Reuters. This number does not include real estate, art and jewels. This amount is greater than the U.S.’s total domestic gross product in 2020 and more than 10 times the current U.S. budget deficit when looking at the International Monetary Fund.

A smaller ICIJ investigation, known as the Panama Papers, which was published in 2016, revealed an immense amount of hidden wealth that instigated protests in several countries, and led to two world leaders stepping down from power.

“The Washington Post and its partners have found no indication of inaccuracy or that the papers’ release was targeted at any specific individual or government,” said Executive Editor of The Post Sally Buzbee.

Wealthy U.S. citizens such as Amazon founder Jeff Bezos, who owns The Washington Post, Tesla founder Elon Musk and Microsoft billionaire Bill Gates do not appear in the wide range of documents. Financial experts said billionaires in the U.S. “tend to pay such low tax rates that they have less incentive to seek offshore havens.”

The Pandora Papers do reveal foreign figures who are dealing with the secretive money, including a woman who was allegedly in a years-long relationship with Russian president Vladimir Putin.

Another figure in the papers is Horst Happel, an orange-juice industrialist from Brazil. In 2016, Happel and others paid an $88 million settlement to the Brazilian government for “allegedly colluding to underpay local farmers.” He set up a trust in the Midwest in 2017.

The U.S. has a few states with very liberal laws. Alaska, South Dakota, Nevada and Delaware have become go-to tax havens for global clients.
If you want to protect your money, Sioux Falls in South Dakota is the place to go.

South Dakota is one of the most liberal states for offshore accounts in the world. The state is not traditionally wealthy, and therefore lawmakers believed making it into a tax haven would spur money and job growth, according to The New York Times.

It is very difficult for prosecutors to track money offshore. This is for multiple reasons, a few including a lack of cooperation from governments and not having the time or resources.

Tax havens are legal, but for years have been used for illegal purposes. Businesses use them to reduce their tax burden and countries use them to spur investment. “Hiding money from authorities, avoiding taxes you owe, parking illicit gains from white-collar crime, or for politicians to disguise payments” are part of corruption, said NYT.

The Pandora Papers expose how U.S. and foreign citizens move their money outside of their country while facing criminal investigations or costly lawsuits. Some have been accused in their home countries of fraud, bribery, human-rights abuses and other wrongdoings.

Glenn Godfrey, an offshore provider, and his companies in Brazil, have set up trusts, bank accounts, and corporations for an alleged murderer, a high-profile child sex offender, a mob associate and a self-described constitutionalist who solicitied the murder of a judge, a prosecutor, and an IRS agent.

Somehow, even as the Pandora Papers are a massive breakthrough, it is not surprising, but familiar. As mentioned earlier, the Panama Papers of 2016 as well as the Paradise Papers of 2017 were both leaks of “legalized corruption at the highest levels, on an almost unimaginably vast scale,” according to NYT writer Brooke Harrington.

Each of these leaks has led citizens to wonder if the law will be equally obeyed by all in relation to taxes. This money could be used in so many other ways to benefit the masses. It has happened before and it will happen again: public corruption followed by no consequences.