Has tipping culture gone too far? 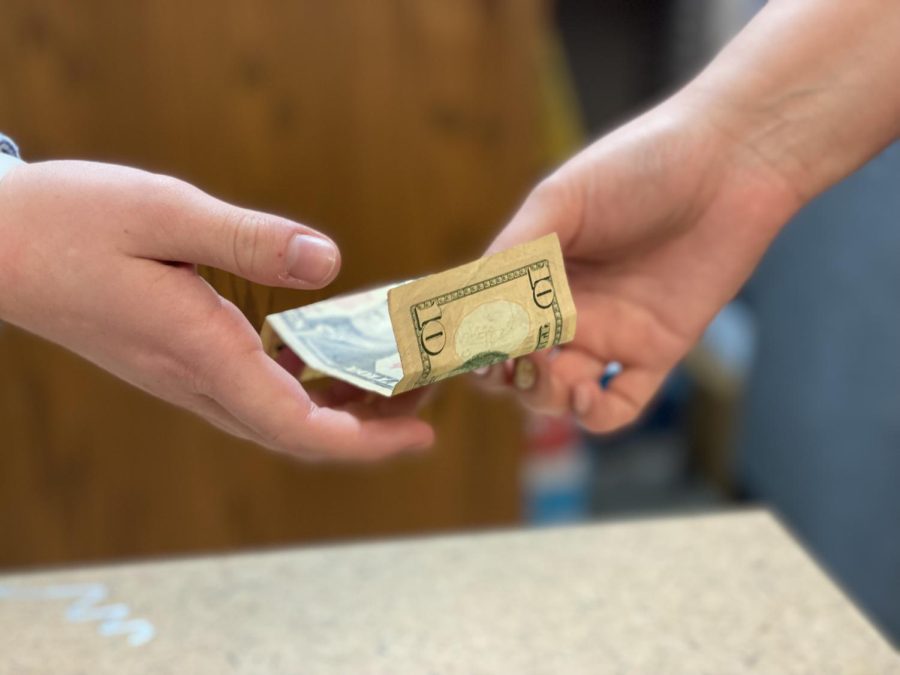 After years of it being ingrained into American minds to tip their servers, many people are starting to question the ethics behind servers relying on tips to support themselves.
In a viral video, TikTok user Justice Russell (@realistic.recovery) claimed that tipping culture has “gone too far” after being asked by an employee how much she’d like to tip while in a local drive through.
Russell said she felt “uncomfortable” with the encounter and that she didn’t want to feel obligated to tip a service worker who had done very little service in a short period of time.
With over 31,100 comments as of publication, it’s clear that this video has resonated with many others and has sparked a wave of discussion over how far is too far when it comes to tipping.
TikTok users shared their own experiences of being shocked by being asked for a tip, including being asked at self-checkout stations or clothing stores.

Although tipping at a restaurant, bar or salon has been the norm for decades, the practice has worked its way into environments where customers do not receive a significant amount of service in addition to the purchased product.
While most Americans agree it is courteous to tip a service worker, many find themselves in an awkward situation when they are asked to do so, especially when they weren’t initially intending to.
As a service worker myself, I know that anywhere from 50- 80% of my total income comes from tips, but asking a customer for a tip is tacky and creates an uncomfortable atmosphere for both myself and the customer.
Interestingly, America is one of the few countries that has normalized tipping in the service industry, leaving many to wonder why it is abnormal or even frowned upon in other countries.
Countries like Japan, India and Italy have nearly no tipping culture, but instead have higher prices and wages for employees.
In Wisconsin, tipped employees can legally be paid only $2.33 per hour if, when combined with tips, their hourly wage amounts to a minimum of $7.25.

Even then, income for these employees is highly unpredictable. Furthermore, the idea of always tipping shifts the responsibility of paying an employee from the employer onto the customer.
Customers should be able to enjoy their purchased product with adequate service without the pressure to choose an additional amount to their bill so their server can support themselves.
Similarly, customers should not have to suffer the effects of servers changing their service quality based on which financial class a customer appears to be part of.
By relying less on tips, servers would also be relieved of the constant pressure they feel to allow demeaning and disrespectful behavior from customers that take advantage of the tipping system.
I have experienced first-hand the awkward and dehumanizing position of enduring sexist, inappropriate and flat-out rude comments from customers who know I will not retaliate out of fear of ruining the establishment’s image and losing a portion of my income.
For many servers, far too many of these experiences have escalated into dangerous situations, some of which could have been avoided if servers did not feel the pressure to rely on their tips to live.
Instead, servers should be expected to do their job well while employers are legally required to pay their employees livable wages.
However, this is not yet the case in all states in the United States. Until then, tip your servers!