The ugly truth about body positivity 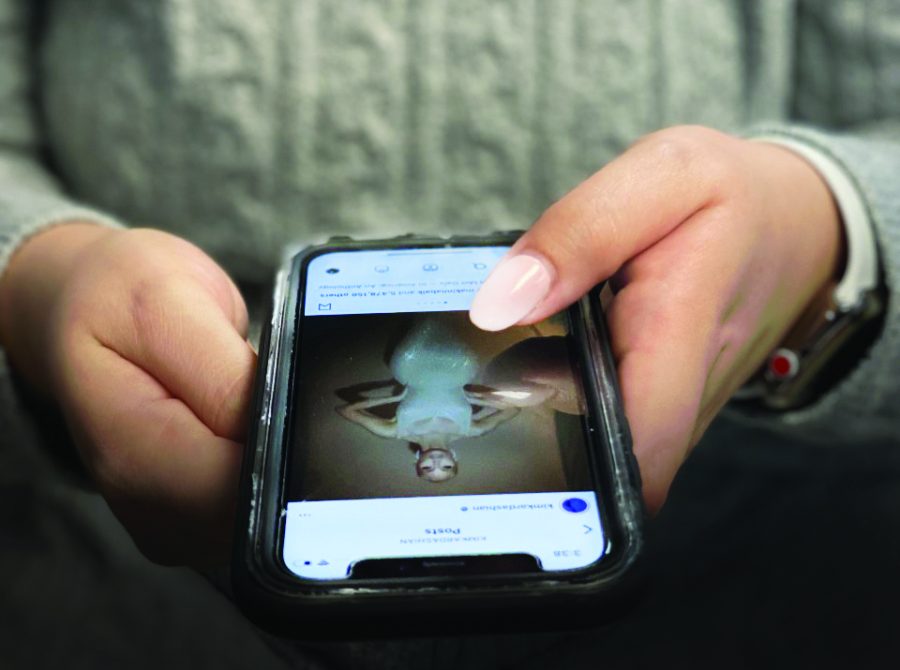 Kelly Hueckman / Advance-Titan Too much body-centric content, positive or not, can be harmful to one’s mental health.

With a media filled with reports of celebrities’ weight loss or gain, fad diets and the newest cosmetic products, it’s no wonder we live in a society that is obsessed with our bodies.

The perfectly posed photos splattered across our feeds have led to 88% of women and 65% of men in America falling into the exhausting habit of comparing their own bodies to those they see in the media, according to The Florida House Experience.

For the past few years, brands and influencers have been attempting to combat the negative impact media can have on body image with the Body Positivity Movement.

The movement makes a point to challenge modern beauty standards and encourage love and acceptance of all shapes, sizes and colors of bodies.

At first glance, this movement seems like the final “a-ha” moment of relief from constant shame and fixation on what we look like.

Only, it’s not so simple.

The flaws of body positivity are thinly veiled under its mantra, “love your body”.

Body positivity places too much value into the way someone looks rather than their non-physical qualities.

Although the least interesting thing about us is how we look, we spend far too much time worrying about it, even by body positivity standards.

“Loving your body” isn’t as easy as the colorful Instagram post or the heart-wrenching campaign make it out to be, especially for those who have experienced eating disorders and body dysmorphia.

Instead, the message only places more emphasis on the body rather than our non-physical characteristics that are far more important. We objectify ourselves.

Body positivity ends up being counterproductive when the pressure to love your body is so immense, you end up engaging in harmful behaviors so you can love your body.
Again, this can look like disordered eating habits or unhealthy exercise regimens.

Instead of focusing on loving our bodies, we need to shift the focus elsewhere. In other words, we need to practice body neutrality.

The Body Neutrality Movement involves underthinking the importance of our physical appearance and instead places value into non-physical characteristics.

Body neutrality doesn’t forget our bodies, though. It encourages us to appreciate what our bodies can do. We can laugh at our dancing, walk to a friend’s house or hug a loved one.

However, it doesn’t involve the guilt over body positivity’s little voice in our heads making us feel guilty for not loving the way our bodies look at all times.

Taking the focus off of physical appearance isn’t necessarily an easy feat, though.

Maybe it will come with time, but what if it doesn’t? What about now?

Social media is overflowing with content centered around our appearances, from “entertaining” body-checking trends to advertisements for the latest weight-loss program.

Recent TikTok trends have caused users to hyperfixate on their waist-to-hip ratio, jawlines and even their side profiles.

Body checking trends can go back even further, to 2015’s A4 Challenge, which included girls showing off how their waist was thinner than a sheet of A4-sized paper.

Around the same time, a challenge surfaced of people posting pictures of both of their knees being slender enough to hide behind their iPhone 6. This was also the first time I became insecure about something as trivial as the size of my knee.

It’s unrealistic and unreasonable to expect media outlets to put parameters up to decrease the amount of body-centric content, so it’s up to media consumers and creators.

We need to stop participating in harmful body-checking trends and creating content solely about our appearances as well as ignoring or eliminating that content from social media feeds.

An associate psychology professor at the University of Toronto, Jennifer Mills, has researched the negative effects of social media on body image and has also found the cracks in body positivity,

She said that we need to limit the time we spend looking at our own and other people’s bodies.

“Take a break and engage in activities that have nothing to do with appearance and comparing yourself to others,” Mills said.

This isn’t to say that body positivity is completely harmful, though.

I would be lying if I denied the beneficial impact the movement has had on many individuals and industries.

Campaigns like Aerie’s “Real Me” were inspired by the movement and have increased the representation of a diverse range of bodies as well as advocated for models’ photos to not be retouched.

These are all commendable accomplishments, and we should strive for further representation and acceptance.

However, the relentless efforts to make people always love their bodies can actually be harmful.

It’s time to relieve our fixation on our bodies and instead look at what is truly important about ourselves and what else life has to offer.