Too little too late for UWO custodians? 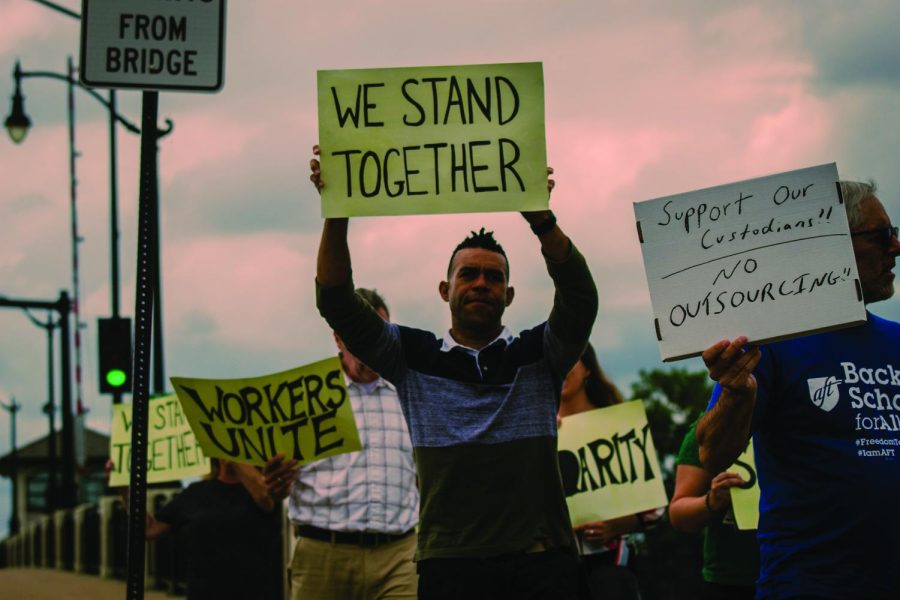 Across the nation, the Great Resignation is affecting businesses, institutions and other organizations, and UW Oshkosh is no exception.

UWO has struggled in the past couple of years, in large part due to the pandemic, to retain staff, students and now, most notably, custodial and maintenance faculty.

Per Chancellor Andrew Leavitt’s email on Monday, the outsourcing will not take place. But is the damage done?

Had the university proceeded to hire the Tennessee-based company, current UWO custodial, maintenance and grounds employees would have been offered a job with higher wages and a sign-on bonus, but they would lose the state benefits they’ve no doubt earned over their years of employment.

While the custodial and maintenance staff will now keep their jobs and their benefits, the university’s initial consideration may have compromised their relationship with staff, potentially leading to lower retention rates.

As one commenter on the change.org petition to keep custodial and grounds staff state-employed wrote, “Respect for your employees goes a long way toward their pride in their jobs.”

Another commenter and UWO custodian said being state-employed and having the benefits that come along with it serves as motivation in his job.

“I take pride in being a state employee,” he said. “It keeps me driven at work to do the best job I can.”

But as angry, betrayed and passionate as custodial and grounds staff seemed to feel during the period of uncertainty, it’s possible that this relationship has been tainted.

Professor Robin Martin of the University of Manchester studies leader-follower exchanges and how this affects employees’ performance and well-being.

Unsurprisingly, Martin found that poor relationships between employers and employees leads to suffering performance as morale decreases and stress increases.

His research also shows that these suffering relationships can negatively impact the psychological well-being of both employers and employees.

Thankfully, Martin says there is the possibility that with open discussion and action, these relationships can be rebuilt.

Hopefully, for the sake of the university, this will be the outcome as Leavitt rolls out his new plans for faculty retention over the next few weeks.

Of course, in a best-case scenario, custodial and grounds workers could be in a good place in their employment now that they know their jobs won’t be unfairly privatized, and stellar job performance will remain constant.

But only time will tell as the university has yet to reveal their plan to retain and recruit workers, as well as improve working conditions.

However, one thing is certain: the protest efforts did not go unnoticed, influencing Leavitt’s decision.

In such a tender situation, it’s more crucial than ever to nurture the employer-employee relationship to ensure a continuing high-quality performance and worker retention.