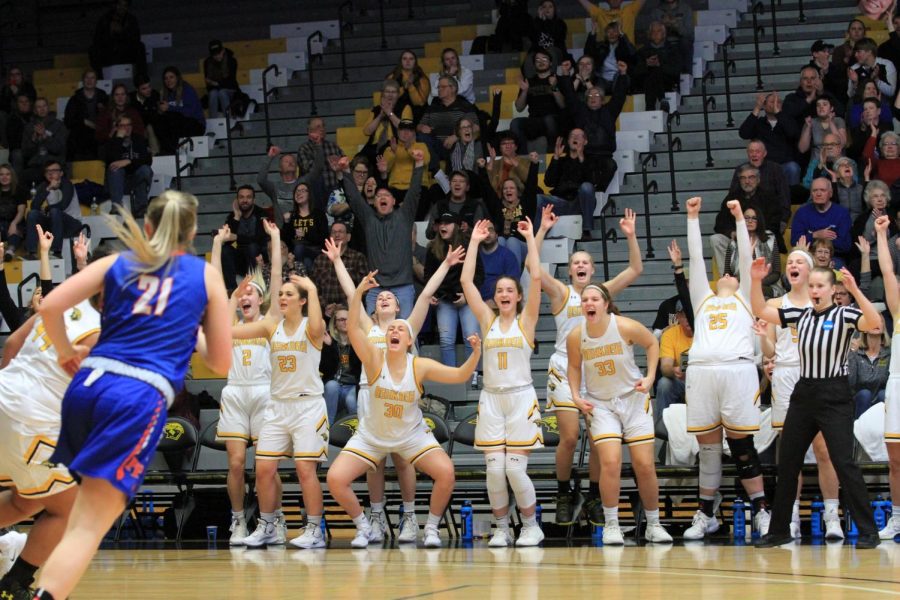 UWO, ranked 14th in the nation by d3hoops.com, outscored the Sagehens in every quarter but the first and held Pomona-Pitzer Colleges to a season-low scoring performance of four points in the second quarter.

UWO held a mere five-point lead, 28-23, heading into the third quarter before posting 44 points in the second half to Pomona-Pitzer College’s 23.

Samuels recorded double-digits 6:09 into the first as she owned 10 of UWO’s first 15 points of the game en route to the second-highest scoring performance of her career.

In 20 minutes of action, Samuels missed just one field goal on 12 attempts while gathering four rebounds and an assist.

UWO held Pomona-Pitzer Colleges to just one double-digit performance in freshman guard Carly Leong. Leong had 15 points on four-of-16 from the floor and three-of-11 from the beyond the 3-point arc.

The Titans will face off against DePauw University (Ind.) in the second round of the NCAA D-III tournament on Saturday at 7 p.m. at Kolf Sports Center.