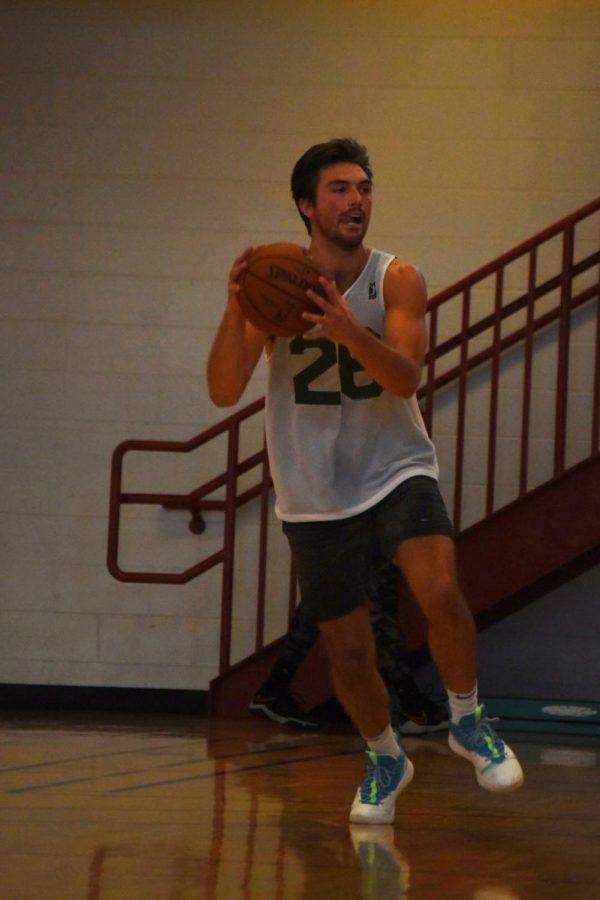 The tryout was located at the YMCA in Oshkosh and contained 70 athletes looking to make their NBA dreams come true.

Four athletes made it onto the second round of tryouts in Milwaukee. Wittchow made it past the first round of cuts during the preliminary tryout but was not one of the four players selected for the following tryout in Milwaukee.

Wittchow finished his college career as a part of last year’s NCAA Division III National Championship team. Wittchow averaged 14 points per game his senior season on 41.3% from the 3-point line.

He finished 17th in UWO history in points and is 10th all-time in three-pointers made.

In the team’s Final Four matchup against Wheaton College, Wittchow provided an offensive spark as he tallied 21 points on 4-5 shooting from beyond-the-arc.

With new head coach Chase Buford leading the Herd this season, the team is looking to find local talent to help boost their roster for the upcoming season.

The coaching change comes after the Herd fired coach Jordan Brady and the rest of his staff after two seasons with Wisconsin.

Buford is in his first head coaching stint with the Bucks organization and is currently one of the youngest coaches in the league at 30 years old.

Buford previously coached as an assistant with the Delaware Blue Coats. He also played in college at Kansas University under Bill Self.

Buford’s father R.C. Buford works as the CEO of sports and entertainment for the San Antonio Spurs.

The rookie head coach will look to improve the Herd’s 3-point shooting as Wisconsin was 25th in the league in 3-point percentage with 25.1%. The team was also last in the G-League in defensive rating.

The Herd finished last season with the worst record in the G-League, the NBA’s minor league.

The G-League affiliate will look to supply the Milwaukee Bucks with roster depth as they chase an NBA title.

Last season, Bonzie Colson, a two-way player for the Herd and Bucks played some important minutes throughout the year. He averaged 4.9 points in the eight contests he played in.

Wisconsin begins their season on Nov. 8 against the Windy City Bulls at Menominee Nation Arena in Oshkosh.