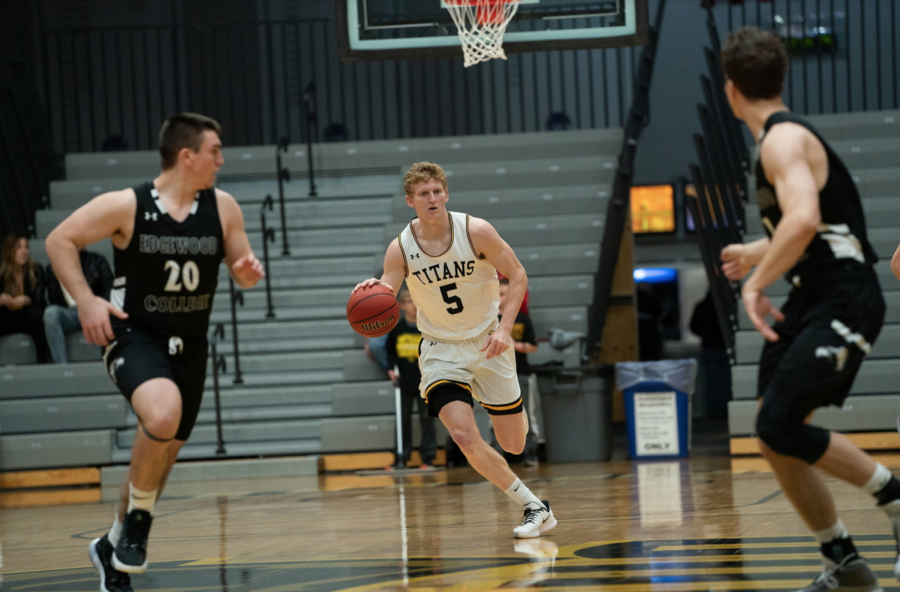 UW Oshkosh senior Adam Fravert surpassed the 1,000-point mark as he and the men’s basketball team bounced back from a couple of losses to take down Edgewood College and Lawrence University.

On Sunday, the Titans hosted Lawrence University at Kolf Sports Center where UWO thrashed the Vikings 92-66.

In a game that featured 13 players scoring for the Titans, sophomore Connor Duax led the way with 17 points on 6-8 shooting. Duax also collected eight rebounds, dished out four assists and recorded two steals and two blocks.

Senior David Vlotho connected on all four of his shots, including 3-3 from the 3-point line, giving him 11 points.
UWO out shot Lawrence as they went 53% from the field and 81% from the free-throw line compared to the Vikings’ numbers of 43% and 56%.

On Nov. 26, UWO faced a struggling Edgewood College squad and put them away with ease by a final score of 99-80.
All five of UWO’s starters scored in the double digits as the Titans had standout performances from senior Jack Flynn and freshman Levi Borchert. 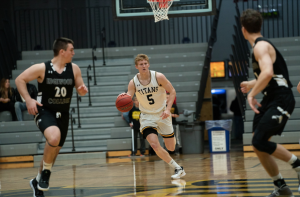 UWO destroyed Edgewood on the glass as they compiled a 55-26 advantage on the boards.

Prior to the two victories, the Titans lost their first game since Feb. 21, the WIAC tournament opener against UW-Stevens Point last season.

Four days later, UWO came home for their first contest at the Kolf Sports Center where they lost to Elmhurst College by a final score of 97-92.

The Titans will hit the road for a five-game stint as they take trips to Michigan and Georgia over the next month.