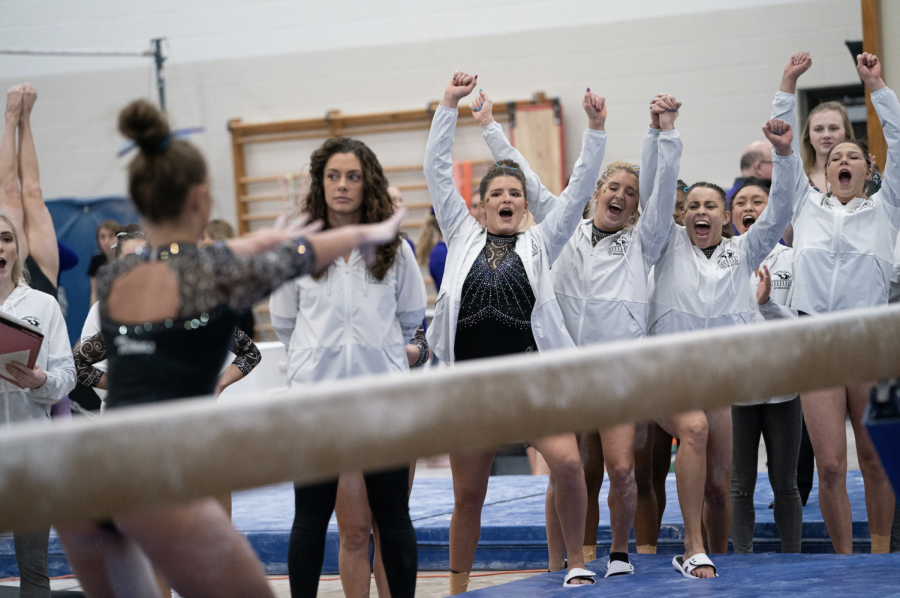 The UWO gymnastics team is hoping to keep their positive momentum going as they prepare to compete at the NCGA championship in Ithaca, New York on March 27.

With the Titans’ first-place finish, the team has qualified for the National Collegiate Gymnastics Association championship in Ithaca, New York, on March 27.

UWO’s victory in the WIAC Championship capped off a dominant season, as the Titans went 8-1 against WIAC opponents.

“When we heard our name called first it was the most surreal moment,” senior Baylee Tkaczuk said. “This has been the best moment in all my four years so far. I still cannot believe this team brought back the title after 24 years.”

Tkaczuk has had a standout season for UWO; In addition to being named the 2020 WIAC Gymnastics Scholar-Athlete Award winner, she also finished second on uneven bars with a score of 9.675 at the WIAC Championship.

Despite a rough lead up to the WIAC Championship, Tkaczuk was able to turn her performance around when it came time to compete.

“My bar routine felt so great,” Tkaczuk said. “I really didn’t care what I scored, I just wanted to hit it as best as I could in that moment for my team. Right when I landed, I knew I had done so. It felt amazing to have my teammates running to hug me after. I do not think I will ever forget that routine because I had struggled that week at practice and even in the warmup right before and I was able to turn it around and anchor our team with a solid routine.”

Jarvis’s clutch performance was a big help in the Titans WIAC Championship victory, as UWO defeated second-place UW-Whitewater by only .25 points.

“It felt really good to get a 9.675 on floor” Jarvis said. “It felt even better to place second with it. I was really happy with my routine and I couldn’t have asked for a better performance at the WIAC Championship.”

Jarvis believes that consistency is the key to the Titans’ success at the upcoming NCGA Championship.

“I think to be successful at nationals we need to stay consistent in everything that we have been doing,” Jarvis said. “The hardest part of preparing will be the three weeks’ wait between now and nationals, but if we train smart then I think everything will work out how we want it to.”