How the MLS can achieve its goals 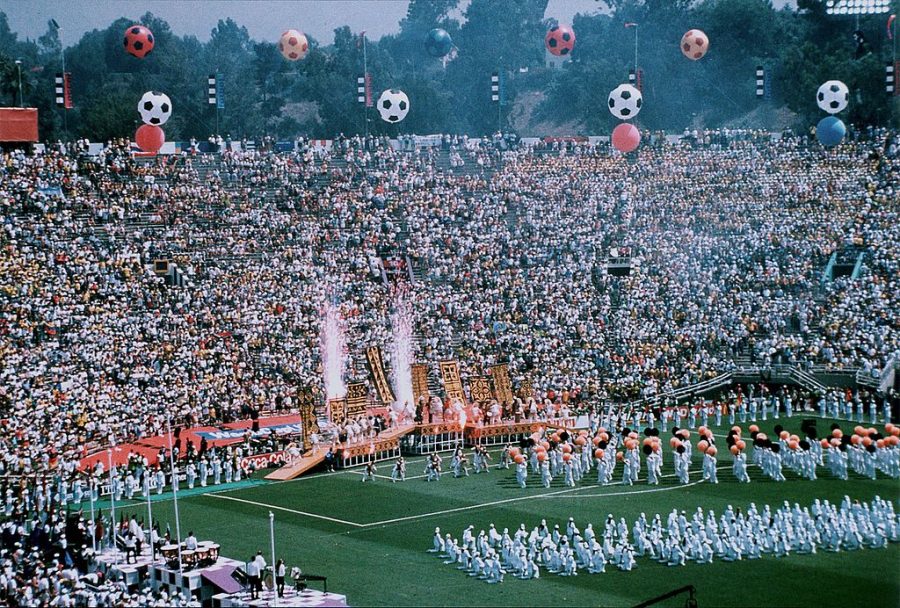 Wikimedia — The 1994 World Cup created enough of a surge in U.S. soccer popularity to establish the Major League Soccer.

Despite a steady growth in popularity amongst Americans, Major League Soccer still has some hurdles in its way to achieving the same level of notoriety as the three major American professional sports leagues.

However, the MLS still has a long way to go to reach the heights of the other major American sports leagues.

One major disadvantage working against the MLS is how new the league is compared to the MLB, NBA and the NFL.

The first MLS game ever played took place on April 6, 1996, and Alan Rothenberg, chairman of the 1994 World Cup committee, said in an LA Times article the league likely wouldn’t exist today if the US did not host the World Cup in 1994.

The 1994 World Cup created enough of a surge in US soccer popularity to establish the league, but the MLS has yet to rise to the popularity of other professional soccer leagues throughout the world.

In addition to being a relatively young league, the MLS has also had to overcome its reputation of being a “retirement league.”

In the last decade, the MLS has landed some biggest names in the sport, such as David Villa, Kaká, Wayne Rooney, Andrea Pirlo and Zlatan Ibrahimovic. However, these signings have in some ways hurt the league’s reputation.

All the signings previously mentioned signed with MLS teams after they turned 30, many have considered the league’s largest signings past their prime before they even make their club debut in the US.

The MLS’ inability to sign stars in their prime has given the league its reputation as a retirement league, more known for writing huge checks to aging stars, than developing talent.

However, what I believe to be the biggest factor working against the MLS is its failure to adapt the relegation/promotion system.

This system is largely standard in most soccer leagues outside of the MLS, although it may seem radical compared to American professional sports leagues.

DeAndre Yedlin, American national team member, former MLS player and current defender for Newcastle F.C. recently touted the benefits relegation would bring to the MLS in an interview with ESPN.

“If that got introduced the league would be much more competitive,” Yedlin said. “Something needs to be done to take the league more seriously, and I think that would be good.”

Relegation would create two major benefits for American sports, it would get rid of tanking for the draft, and create diehard fanbases.

In American sports leagues, there is no real incentive for bad teams to try to compete when they could just deplete their talent and play poorly in order to get a higher draft pick to rebuild the team.

If relegation was implemented in the MLS, it would eliminate any threat of tanking, while also creating urgency in games involving lower-ranked teams.

In addition to creating interest in games involving low ranked teams, the implementation of relegation would also have the possibility of creating die-hard fan bases.

If the NFL was formed today, they would likely never consider putting a team in Green Bay, yet according to ESPN, the Packers have been ranked in the top five for average league attendance for the past six years.

Despite its possible benefits, the MLS seems uninterested in adopting relegation anytime soon.

The major factor keeping the MLS from adopting relegation is the continued expansion of the league.
In the last decade, the MLS added nine new teams into the league, and in 2020 the newest MLS franchise, Inter Miami CF, is set to start play.

The continued expansion of the MLS is an obstacle to implementing relegation for the league because of the investment teams make to join the league.

According to Ives Galarcep in an article for Goal.com, Los Angeles F.C. paid $150 million to enter the league in 2018.

With so many teams making such a large investment to enter the MLS, it would be hard to sell teams on relegation, where they could possibly be sent down to the lower league.

Although the MLS has avoided implementing relegation and has shown little interest in implementing it in the near future, I think the league will eventually see the benefits of adopting the system as necessary to ensure the continued prosperity of the league.