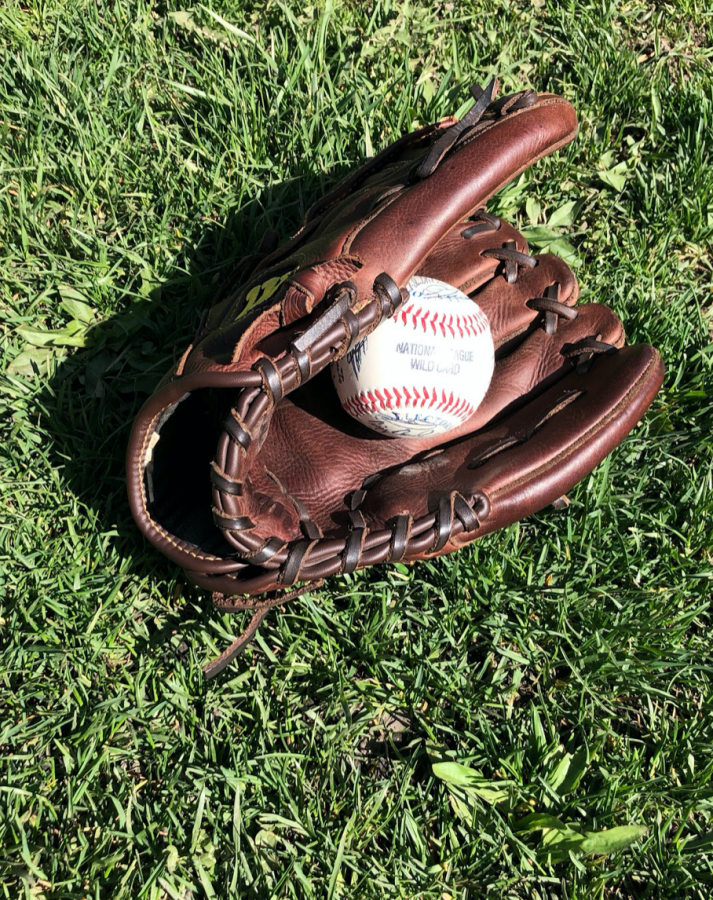 With the new acquisition of 2018 AL MVP outfielder Mookie Betts, the Los Angeles Dodgers are currently the 2020 World Series favorites.

As the number of confirmed COVID-19 cases soars past the 1.2 million mark in America, many sports fans around Oshkosh are wishing they could just turn on the television and block out all of the noise with cheers for their favorite team.

Unfortunately, professional sports in America were put on temporary hold as the virus began its rapid expansion across the country in mid-March with leagues such as the NFL, NBA, MLB, NHL, PGA and every NCAA sport abruptly discontinuing operations until further notice.
One sport that UW Oshkosh faculty seem to be missing at a greater extent than any other is America’s pastime: baseball.

“For me, there is just something strange about springtime with no baseball. I’ve been a Mets fan since I was a graduate student in New York,” UW Oshkosh biological anthropology professor Jordan Karsten said. “The thing that is fun about spring baseball as a Mets fan is that it is typically the only time that the team is close to the division lead, so you’ve got to enjoy it while it lasts.”

Although many wish that the nationwide stoppage would be lifted so they can watch live sporting events again, the high numbers of coronavirus patients in densely populated areas exposes a blaring threat of the devastation that could occur if league operations were to reopen prematurely.

“Given the national emergency declaration made in mid-March, I think the major professional sports leagues made the right call when they suspended all play,” said UW Oshkosh Radio/TV/Film department chair Andrew Smock. “They had to do the socially responsible thing. For professional sports, that meant acknowledging that the health impact on fans, players and other team/arena/stadium employees would have been catastrophic.”

In terms of how professional sports would handle the return of operations occurring relatively soon, if cases were to die down, MLB has pondered the possibility of holding the entirety of the season in Arizona, as ESPN reported on April 7.

This hypothesized solution would prevent teams from traveling all over the nation and obtaining, and even spreading, the virus at a rather alarming rate. This might diminish the idea of an American League and National League split for the time being, but play would go on nonetheless.

“Sounds fun, but I’m just hoping they make all of the pitchers bat,” Karsten said.
If this idea commenced, the Arizona Diamondbacks’ Chase Field, along with around 10 spring training facilities, would hold the games.

But some aren’t optimistic that play will go on, at least at the local level.

“I’m sorry to say I don’t believe there will be any baseball in hometown stadiums this year,” said UW Oshkosh Radio/TV/Film professor Douglas Heil, “The handwriting is pretty much on the wall,” he said, noting that the Experimental Aircraft Association even canceled its late July air show and convention on May 6.

As for the impact on players, many teams came into this season with a chip on their shoulder after the Houston Astros were busted for a cheating scandal that likely assisted their 2017 World Series championship run.

Teams who were on the losing end of the Astros’ road to the World Series include the Boston Red Sox, New York Yankees and the Los Angeles Dodgers.
“Either the Dodgers or the Yankees would have likely won in 2017 had the Astros played fair, and both teams remained formidable contenders for winning it all this year,” Heil said. “The pandemic must be so frustrating for their fans.”

Even among the lower affiliates of the MLB, local minor league games hold a certain sense of enjoyment for many hometown fans who have to wait out the pandemic with their families.

Homegrown theme nights, dedication to local businesses and even blockbuster movies in the form of advertisements are all put on hold until the virus fades to the point that baseball stadiums can reopen.

“We have three young children who are bummed that there won’t be a Star Wars night Timber Rattlers game this year,” Smock said. “Going has become a yearly tradition for our family.”

Overall, one thing is for certain. The sooner social distancing practices result in a slowing of the spread of COVID-19, the sooner everyone can enjoy their favorite ballpark foods while cheering on their local superstar athletes.

As for how league administration will handle the reopening of stadiums when that time comes remains to be seen.

“I know there are sports fans who would probably be ready to go to a game next week, and maybe they would get better if they got sick, but how many people would they get sick who end up dying?” Smock said. “That’s what the professional major leagues have to stop from happening, and I have no idea how they do that.”