UWO drops Battle in the Basement to Eau Claire 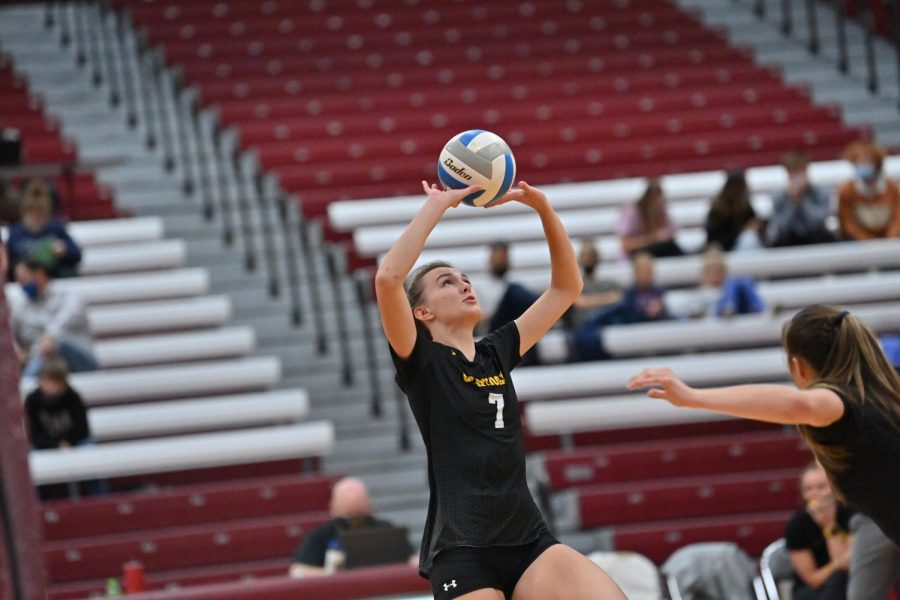 UW Oshkosh’s Volleyball had their opening game of the month in Kolf against UW-Eau Claire. The game was dubbed “Battle in the Basement” and it most definitely was. The game stayed neck and neck throughout the sets, however as it dragged on, UW Eau-Claire began to take the lead.

Players Carissa Sundholm and Kalli Mau shared many sentiments about how they performed on Friday. When asked about the performance Kalli responded “I think we started out strong and confident; we wanted to come in and dominate. We started to let some things get past us and they started getting control of the court.” This game marks the halfway point for the season. When prompted on the importance of this, Sundholm said, “I feel like the best is yet to come and it’s only going up from here.”

Head coach Jon Ellmann, despite the loss, was very satisfied with how the game went both in the court and the bleachers. When giving his perspective on the game he stated “Eau-Claire is ranked 11 in the country and they have a phenomenal volleyball team, we were grateful for the support we had from fans, so it was a fun game. Our first set win was great, throughout the match our offence went down, we passed the best we have all season but on offense definitely we slowed down.”

When given the prompt on how he felt the season was going he has a very positive outlook, stating “A lot of improvement has occurred in the first half, and we’ve put focus on being as efficient as possible. From a team standpoint this is one of the most supportive, hardworking, and dedicated groups we’ve had.

At this halfway point we’ve seen that we’re dedicated to improving and it shows even in our matches, with our positivity and drive to finding solutions despite setbacks we may face on the court.” Ellmann echoes his players sentiments on the upcoming months, “A big standout is that we started with the most difficult competition in the conference which really means that our win-loss isn’t reflective of how we are as a team and doesn’t show our growth.”

Confidence is strong in the UW-Oshkosh Volleyball system and that confidence has driven them to take on top 20 schools in the country with a win against number 16 and a strong loss to 11, the team feels the best is yet to come.