When in doubt, listen to Dory 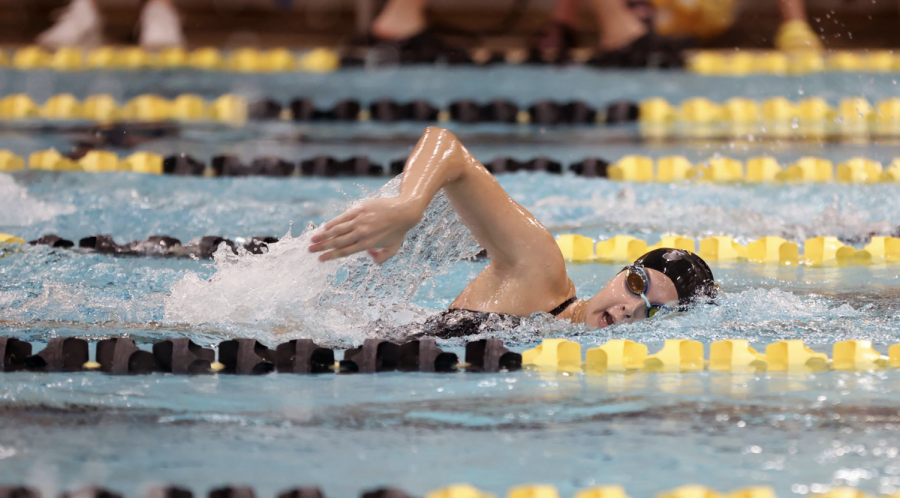 The UW Oshkosh men’s and women’s swim and dive teams both secured victories against Carroll University on Saturday, with the men’s team outscoring Carroll 121-69 and the women’s team earning a hard fought win 119-109.

“Overall I’m pleased with the performance,” Said UWO swimming and diving head coach Christopher Culp. “We focused on the idea of making sure to be competitive. Everybody counts in the team competitions.”

“You can always count on Alex to be the best racer in the pool. Nobody is not within striking distance for him,” said Culp.

Both Clark and Jernberg were also part of team relays. Clark contributed to a win in the 400-yard medley team consisting of Drew Davis, Hayden Freeman and Cade Millam and Jernberg was in the first place 400-yard freestyle team with Andrew Copeland, Cody Else, and Chase Millam.

Additionally, Davis was the winner of the 50 yard freestyle (23.42) and Chase Milliam was victorious in the 200-yard freestyle (52.58). In all, the Titans had 22 top four finishers and won eight of the 11 events in an outstanding performance in the pool.

The women’s team battled their way to a win with the help of several standout performances led by Brianna Smith and Ella Thibert, who both secured two wins in individual events. Smith was named first in the 500 and 1,000-yard freestyle with times of 5:56.05 and 12:11.92.

“I thought the whole team did really well. Seeing all the hard work in practice and seeing it reflect in the pool was a great experience.” said Smith. “We came in knowing that we wanted to do the best that we could.”

Looking ahead, the team is focused on continuing with their training plan and working to make the small adjustments in technique and fitness.

“We know early on in the season that mistakes will be made, so for now we’re focused on staying with the game plan and improving for the conference tournament,” said Culp.

Smith is excited to keep improving in the pool, but also to continue competing with her teammates.

Alex Jernberg and Ella Thibert were both named Kwik Trip Athletes of the Week for their performances on Saturday.

The UWO swim and dive teams are back in action this Saturday, Nov. 6 against UW-Whitewater. The meet begins at 1 p.m.