Vanquishing the Vikings for basketball opener 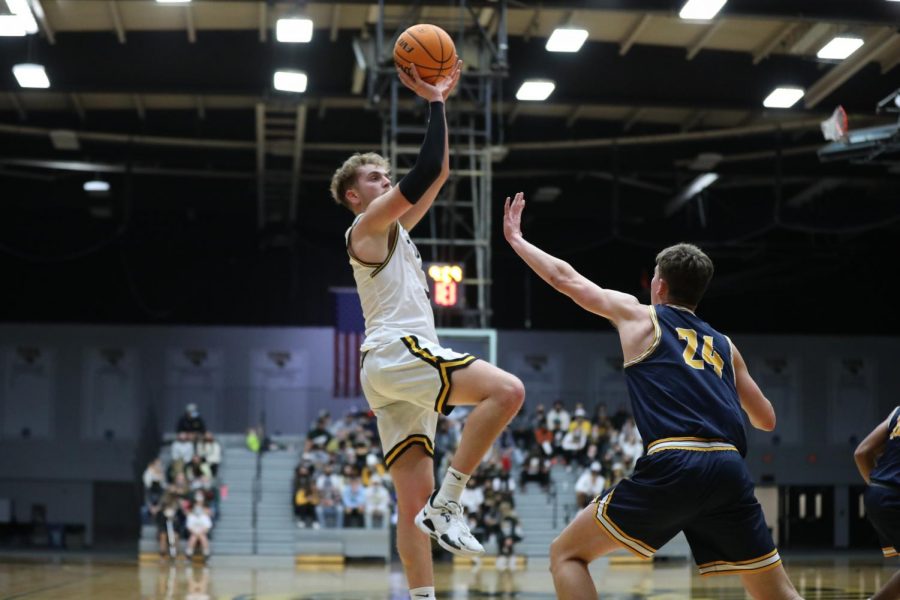 Courtesy of Steve Frommell Eddie Muench goes for a shot. Muench put up 24 points in the team’s opening victory over Augustana.

The UW Oshkosh men’s basketball team had an exceptional opener this past Saturday on Nov. 4. With a final score of 90-70. It was a great foot to start our season on.

Jonah Rindfliesh, is a massive freshman standing at 6’8” who was a great asset for the team when he was sent in to replace one of his teammates. When prompted on how he felt about the game he said, “pretty good, the energy from the fans and bench made a big difference.” When asked how the game went he had this to say: “As a team I feel our potential is super high, we went out and made some mental mistakes, but we also played good and showed what we’re good at.” As a player Jonah himself showed what he was good at, earning praise from the next interviewee, Eddie Muench.

Eddie is a senior this year and due to the Covid lockdown, this is his third but final year on the court However, he’s taking advantage of every second. When asked about where the season has its roots, he had this to say, “We’ve only been practicing the past two weeks, and I think we made a lot of new progress. We also have two new coaches, so its new for them too, so everyone’s learning. We’ve really come a long way.” With this first game there’s also a lot to reflect on that practices can’t substitute for, and what’s on Eddies mind is improvement defensively and mentally.

The final player interviewed was Hunter Plamann, a fellow senior. Hunter was extremely proud of the team as a whole, giving a quote, “The only success is team success.” Hunter was also very praiseful of defensive efforts by the team.
This game marks the first win of the UW Oshkosh Men’s basketball season, with both improvement and wins to follow. The next game will be hosted at Illinois Wesleyan against Saint John’s University on Friday Nov. 12