Both men’s and women’s basketball programs begin post-season play as No. 1 seeds 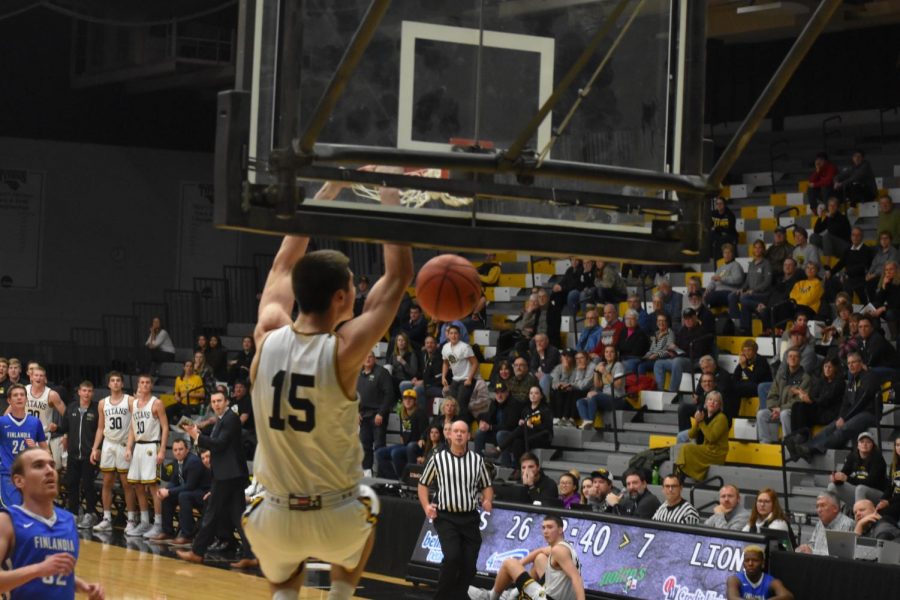 After only leading by four points with 4:49 left to play in the first half, the Titans went on a 14-to-four run to close out the half with a 14-point lead.

Throughout the second half, the Titans enjoyed a comfortable lead, pushing their advantage to 31 points at its largest.

UWO held the Blugolds to 28.6 percent shooting on 21 shots from behind the arc.

Senior guard Brett Wittchow led the Titans with 20 points on an efficient 60 percent shooting night from the 3-point line in 31 minutes of action.

Junior center Jack Flynn filled up the stat sheet too as he tallied 17 points, six rebounds and six assists.

Flynn said the Titans were able to out-rebound the Blugolds, which was something they failed to do against UW-La Crosse.

“A lot of it was just going to the glass better,” Flynn said. “Against La Crosse, we were struggling, giving up too many rebounds and didn’t get enough ourselves. That was one of the main focuses going in. Going to the glass, going hard and getting as many boards as we needed to win.”

Flynn said losing to UWL forced the team to really work hard and focus in practice.

“After we lost, we got into film and just took a look into what we were doing wrong,” Flynn said. “It kind of opened our eyes like, what do we need to be doing differently to be a better team.”

The bounce-back win came after losing the team’s second game of the season. Sophomore forward Connor Duax said the team was able to impose its will against UWEC.

“I thought we got much more aggressive both offensively and defensively,” Duax said. “We played more together. We played harder. One of our main focuses was going at them physically.”

Head coach Matt Lewis said he would have rather beat UWL but the team can take some important lessons away from the game.