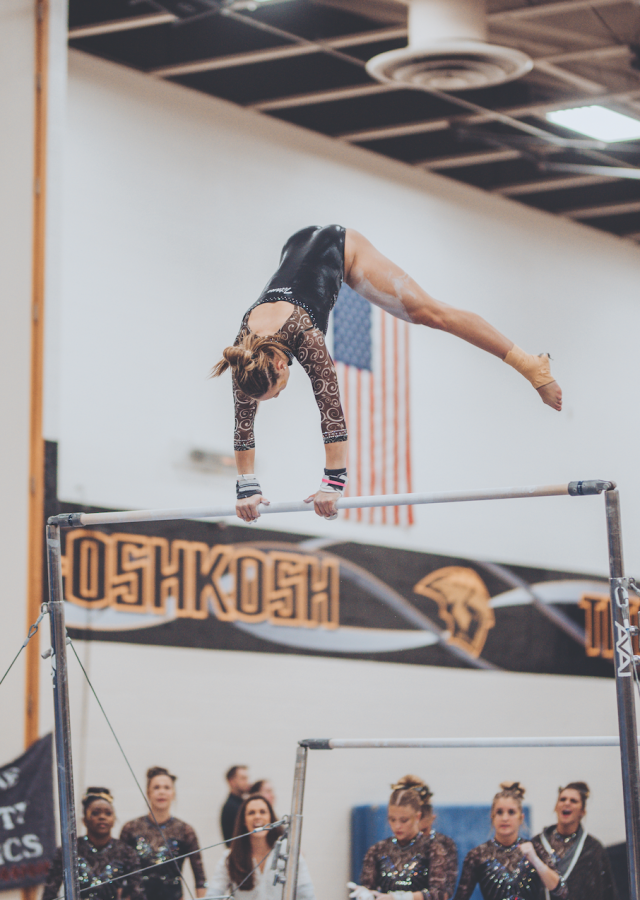 The Titans swept the top five positions on the uneven bars, registering a team score of 47.625.

After finishing second on uneven bars, Jarvis has come a long way from where she started the season.

“For me personally, bars has been an uphill battle this season, but I think that after this week I finally feel confident in myself,” Jarvis said. “My confidence in my teammates has never wavered especially because they have been there to pick up my slack in the past couple of weeks.”

In addition to the Titan’s stellar performance on the uneven bars, UWO swept the top four positions on the vault event.

According to Gilot, the team’s hard work in practice has led to consistent performances on vault this season.

“We work so hard in practice perfecting the little things because the vault itself has become pretty easy for us,” Gilot said. “This year, I personally see more confidence in each girl in the line up. Competing on vault is just another opportunity for us to continue to become more confident and excel as a team.”

Following the UWO gymnastics team impressive victory on vault, the UWO gymnastics team had four finishers in the top five on balance beam.
Sophomore Kaira Hammond finished second on balance beam with a score of 9.475, Tkaczuk placed third with a score of 9.425 and sophomore Olivia Keller and junior Paige Mayhew split fourth place, both scoring 9.375.

The UWO gymnastics team will take on 15th ranked UW-Eau Claire in Eau Claire on Feb. 21.

Gilot remains confident that if the team continues to work hard and improve each week, they will come away from Eau Claire victorious.

“Going into Eau Claire, I think it’s important that we don’t strive for perfection,” Gilot said. “Instead, we remember our corrections, fix the small details and watch how it all plays out. If we go out there and do what we have been doing all season, I think the outcome will portray our hard work.”