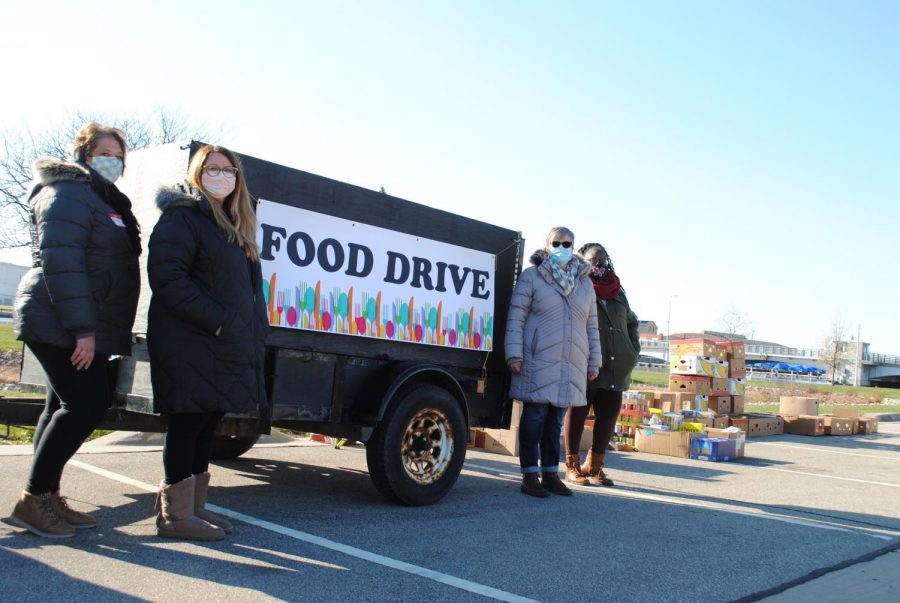 Volunteers assembled in the parking lot of the Oshkosh Convention Center on Nov. 21 to collect non-perishable food donations for Father Carr’s Place 2B.

Father Carr’s Place 2B is a life enrichment center in Oshkosh, ministering to the poor and providing family and community activities.

The event aimed to help families struggling with how to celebrate the upcoming Thanksgiving holiday, the organization’s co-founder, Brittany Stieg said.

“We want to bring the community together by any means necessary,” she said. “If that means standing here in the cold, so be it.”

The food drive was successful — the group received plenty of food donations, which will be used either in the food pantry at Father Carr’s or in the facility’s kitchen, Stieg said.

Wisconsin Solidarity formed this year, after Stieg’s husband, Cody, made an album with 10 artists from across the state. It features covers of 1960s Civil Rights protest songs to raise community awareness by shedding light on the issue.

Brittany explained that Cody had distributed the album digitally for free. Cody and she then brainstormed other ways their organization could benefit the community, leading to Saturday’s food drive.

The food drive was Wisconsin Solidarity’s first hosting event, but they are planning other activities to help those in need as well, Brittany said.

One example, she said, is the toy drive they are planning next month before Christmas.

Brittany and Cody seem to aim toward uniting as a community, instead of dividing. Brittany said Wisconsin Solidarity does not view the community as “red or blue, black or white.”

“We’re all in this together, after all,” Brittany said. “We are committed to expanding knowledge and accessibility of resources.”