5 films to get you in the Halloween mood 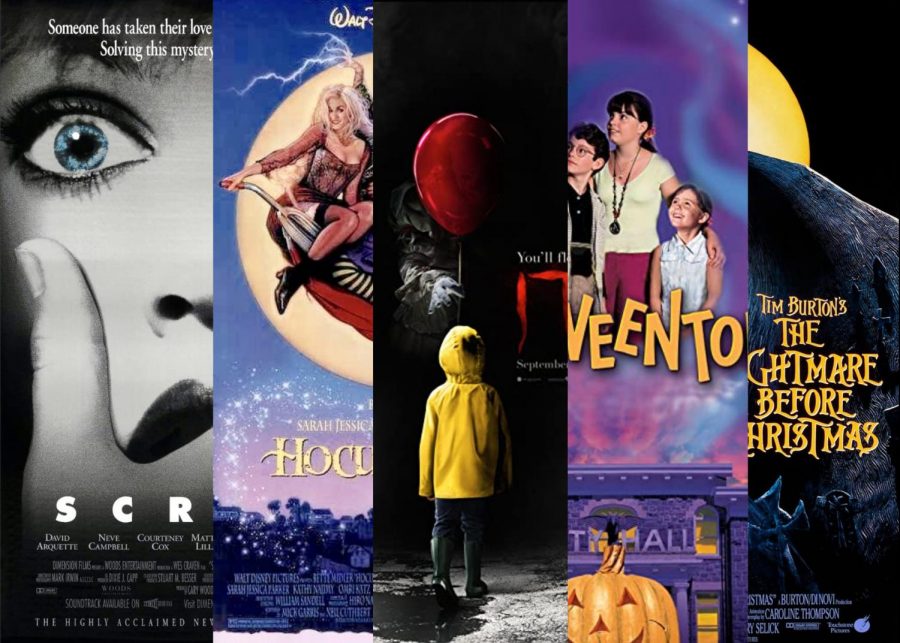 Courtesy of IMDb With Halloween getting closer, here are five movies to get you in the spooky spirit.

The leaves are changing, the days are getting colder and people are getting into the spooky season. Here are five of the best Halloween movies that I think will get you into the scary vibes of the season.

“The Nightmare Before Christmas”
My favorite Halloween movie by far. It’s a story of Halloween monsters who are bored with their holiday, so they try to make Christmas, but being monsters they end up making Christmas just another Halloween.
This movie is a favorite of mine because it’s two holidays in one; you can watch it during Halloween or Christmas.
I think that it’s just a feel-good movie; Whenever the weather gets a little cold outside, I always put this movie on. It has a great soundtrack with great characters, and it will totally put you into a spooky mood.

“Scream”
Moving on to spookier movies, I think that “Scream” is a great scary movie to watch. Is it really scary? No, but it is a different spin on a horror movie. It includes so many references to the other slasher films such as “Halloween,” and the characters are trying to recreate famous movie scenes for fun.
It uses gore, but not in a distasteful way; it is not disgusting to be disgusting. It perfectly meshes comedy, suspense, and romance into one film. I am sure everyone has seen the famous Ghostface when trick-or-treating. That is how much of an impact this film has made.
Overall, this movie is a great movie to watch if you are looking for something that is scary without being too scary.

“Halloweentown”
Once again, another feel-good movie that puts me in the spirit of Halloween. “Halloweentown” is the story of a young girl Marne, her brother and her younger sister on Halloween night when their grandma comes to visit.
She finds out from her grandma that her, her siblings and her mom are all witches. Her grandma is one as well and lives in a town called Halloweentown, which is filled with different monsters. As the story goes on, she has to save the town from an evil warlock. This movie has a great plot and gets you into the fun loving, whimsical nature of Halloween.

“Hocus Pocus”
I couldn’t make this list without putting this movie in because it is simply a great movie. A curious teenager moves to Salem and struggles to fit in. When him, his sister and a girl he is interested in light a black candle, it awakens a trio of witches that were executed in the Salem Witch Trials. They have to stop them before they wreak havoc on the town.
This movie has a great cast of Bette Midler, Sarah Jessica Parker and Kathy Najimi as the Sanderson sisters. Also, it has a great musical scene where the witches sing “I put a Spell on You.” This movie has it all and it never fails to put me in a good mood.

“IT”
I couldn’t make this list and leave out one of the scariest movies in my opinion. The 2018 version of the movie “IT” has it all. A great cast of kids who really fit the characters, great special effects, and of course a scary clown who eats children.
The movie has some of the best jump scares, and after I saw it for the first time it was hard to look at a sewer grate without getting a little scared. If you want a good movie that will scare you, I would definitely recommend “IT”.
Halloween is my favorite holiday and I love the movies that go along with it. The movies I talked about are ones I always watch during this time and they never fail to get me into the Halloween spirit.