Life as a queer professor at UWO 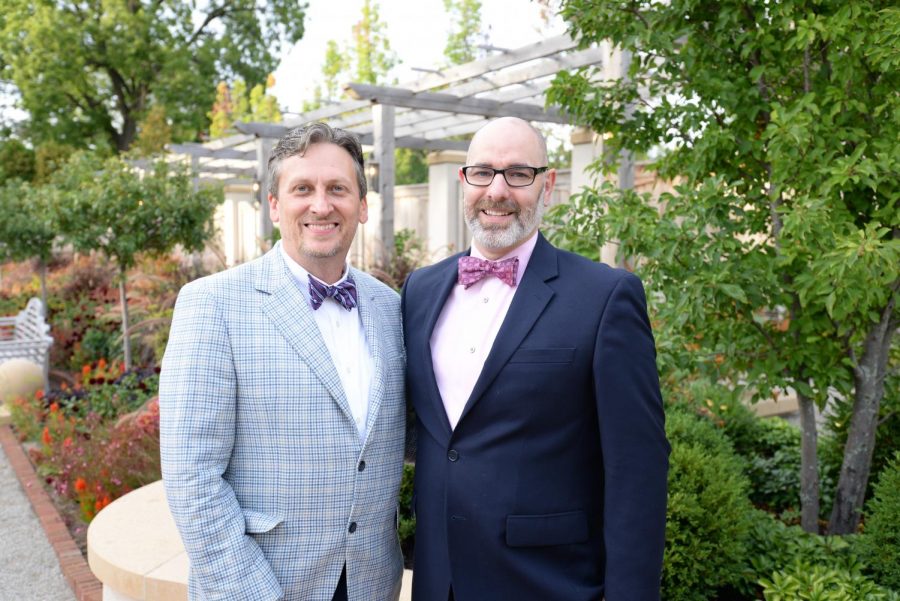 I used to view being gay as society’s boot on my neck. My sexuality is the “thing” that marks me as different, which today might seem passé.

But I am 50 years old, and I suffered (and “suffered” is not an overstatement) from considerable internalized homophobia at the hands of society repeatedly telling me that I was mentally ill, immoral, a sinner and a criminal.

Although I have never experienced discrimination directly, especially in a job, my life has been consumed with censoring and hiding my sexuality in order to avoid stigma, ostracism, injury and probably even death.

For the better part of my life, I carried my sexuality around like an albatross thinking I was among the lowest of the low in society.

When I came of age sexually in the late 1980s and early 1990s, the AIDS crisis was full-blown. During this era I developed the opinion that American society cared nothing about me and other gay men and many actually preferred that we die.

In the media, I watched emaciated gay man after emaciated gay man die from AIDS-related causes. I saw panic and disgust in society; many people would not even touch gay men out of fear that they would get AIDS.

I heard the most atrocious proclamations about gay men finally getting what we deserved. It was difficult not to internalize these messages. 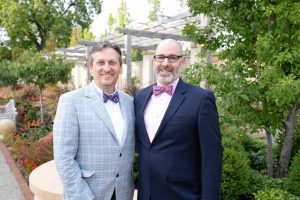 As a teen, I prayed wholeheartedly to be “delivered” from homosexuality. During my freshman year in college, I was depressed and suicidal.

Years later, I turned to other drugs (crack) to anesthetize my internalized homophobia. I was certain I would function forever in the shadows. I was wrong.

If I am being honest, I must acknowledge that my drive to be educated stems from insecurities I felt about my sexuality. In order to feel somewhat more equal to straight people, I spent a great deal of money, time and effort earning five degrees and overcompensating for my perceived inferiorities.

At age 50, I look back on many personal experiences that contradict the discrimination narrative I had adopted for my life. In every phase of life beginning with undergraduate school, I had friends and family who unequivocally supported me, even those who believed my sexual behaviors were sins.

I grew up in a fundamentalist Christian family in South Carolina, a first-generation college student whose parents never graduated from high school. My sexuality challenged the religious beliefs of my family, but they never turned their backs on me, and they even learned to accept the men in my life as part of the family.

My best friends in college were a particular source of strength. I am certain there were people who used me as the butt of jokes, but never to my face. I always had friends who rallied around me and taught me that my life is valuable and worthy.

The type of discrimination I experience is less about the things that people do or say to me and more about what people do not do. I have never been beaten, homeless or fired because of my sexuality, notwithstanding bullying in grade school.

But even when some peers may not have accepted me (usually men), I always had a safe place of respite among women, many of them more than twice my age.

The discrimination I experience is people not meeting me on my terms. Friends and colleagues are often eager and willing to welcome me into heterosexual folds, seldom realizing they are asking me to assimilate to heteronormative culture. My friends are quick to invite me to hang out in bars, but they are almost always straight bars, not queer ones.

Beyond the early images I had of myself as a second-class citizen and beyond the tacit discrimination I received from those who expect me to conform to heteronormativity (not heterosexuality per se, but the bundle of practices associated with heterosexuality including parenting, monogamy, coupling and marriage), I must acknowledge that I am quite fortunate.

I always had allies and people who loved me, even when I did not love myself.

Today, I view my sexuality as one of my greatest attributes. I frequently buck pressures to conform, but I am a lucky person to research and write about queerness in my work. I am equally as lucky to be valued, not despite my sexuality, but because of it.

Where once I held disdain for my difference, I now cherish it. In fact, I now view it as a form of discrimination when people overlook my sexuality by either presuming I am straight or suggesting that sexualities (including queer ones) are not an issue.

People often say that it makes no difference to them who I have sex with, but in some ways it feels dismissive (perhaps discriminatory) to be simply “normal.”

I find it precarious that I no longer worry about being queer or odd; instead, I worry about being perceived as normal. I suppose I should be thankful that my queer death was not a literal one, but a metaphorical one because gay men have, in my view, succumbed to normalcy.

An openly gay man (Pete Buttigieg) is running for president. Gay could not be more normalized.

These days, I publish under the pen name “Queer J. Thomas” so as not to be overlooked and to raise visibility of queers in the academy.

Normal feels terrific when you pass these colleagues on campus and wonder in your head, gay or academic?