Will people be required to get a COVID-19 vaccination? 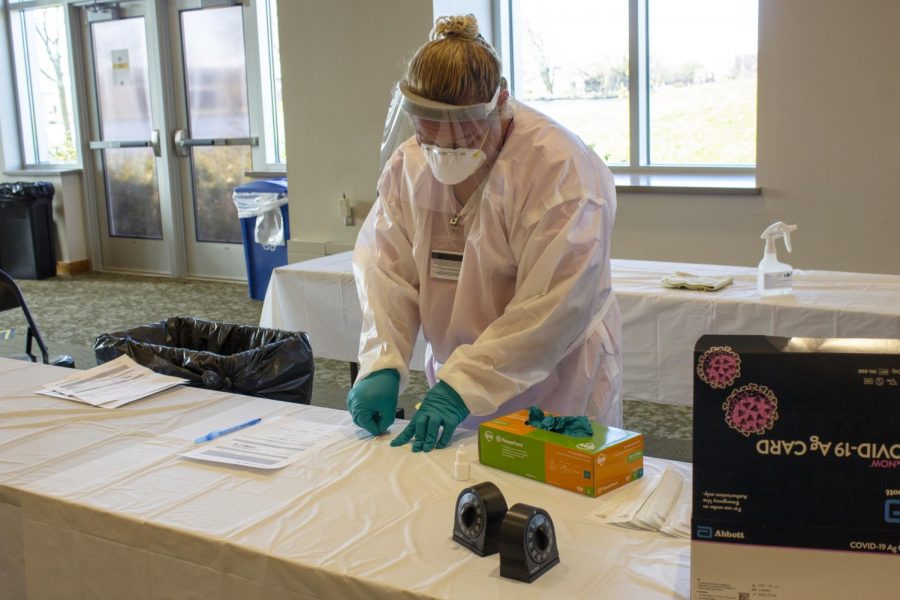 With the idea of a COVID-19 vaccine coming soon, it is certain that the question of whether or not to implement a vaccine requirement will have to be addressed eventually.

According to a Marquette University Law School Poll released in early September, 64% of registered voters in Wisconsin said they’d either definitely or probably get a COVID-19 vaccine, about one-third said they probably or definitely would not get the vaccine, and 2% said they didn’t know yet.

But the question is, is it up to the general public to make that decision?

Former Harvard Law School Professor Alan Dershowitz said in an interview that the government has a constitutional right under the 10th Amendment to forcibly vaccinate a citizen to decrease the spread of a contagious disease.

The 10th Amendment states that any power not specifically given to the federal government by the Constitution belongs to the states and the people.

“If you refuse to be vaccinated, the state has the power to literally take you to a doctor’s office and plunge a needle into your arm,” Dershowitz said.

The Supreme Court has recognized that each state’s “police power” gives the state authority to enact health laws, including quarantine and vaccination requirements, in order to protect public health.

Dershowitz added that there are “cases after cases after cases” in which courts have ruled in favor of “reasonable actions to prevent the spread of communicable diseases.”

Dershowitz emphasizes the Supreme Court’s Jacobson v. Massachusetts decision in 1905, where the court upheld that a state may require smallpox vaccination if the board of health deems it necessary for public health or safety.

The court said that vaccination regulations did not violate the 14th Amendment right to liberty because they fell within the restraints to which everyone is subject for the common good.

The court also argued that if any individual is allowed to act without regard to the welfare of others, true liberty does not exist.

If the issue of a COVID-19 vaccine requirement makes it to the SCOTUS, past precedents including Jacobson v. Massachusetts will definitely play a large role in the Court’s decision.

On the opposite end, arguments against forcible vaccination are based on the 14th Amendment’s provision that no state “shall make or enforce any law which shall abridge the privileges or immunities of citizens of the United States; nor shall any state deprive any person of life, liberty or property, without due process of law.”

In order to mandate vaccines, a board of health must deem that vaccination is necessary for public health or safety, the only exception being proof that the vaccines “would seriously impair health or probably cause death.”

Employees who have a medical issue under the Americans with Disabilities Act and for whom a vaccine could create health and safety risks would likely be allowed to opt out of a mandate.

Employees who have a genuine “bona fide” religious objection to receiving the vaccine may also include candidates who are able to opt out.

Alta Charo, a professor of law and bioethics at UW-Madison, also added that, in some instances, union contracts bar employers from requiring vaccination.

However, employees who choose not to comply with a mandatory vaccination program could be terminated or put on unpaid leave until they opt to comply.

Healthcare employers will likely have a greater ability to require employee vaccination to protect the life of patients.

In regards to vaccination requirements in the school setting, Public Health Law Expert Professor Lance Gable said that despite parent protest, the state can require kids to get a future coronavirus vaccine, just as they can other childhood shots.

“State requirements of this sort, as long as they have scientific evidence supporting their necessity, often they’re going to be upheld,” Gable said.
At a town hall hosted by Healthline in August, Dr. Anthony Fauci, director of the National Institute of Allergy and Infectious Diseases, said that the vaccine won’t be mandatory in the U.S.
“I don’t think you’ll ever see a mandating of the vaccine, particularly for the general public,” Fauci said. “If someone refuses the vaccine in the general public, then there’s nothing you can do about that. You cannot force someone to take a vaccine.”
President-elect Joe Biden also told reporters that he would not make vaccinations mandatory.
“But I would do everything in my power – just like I don’t think masks have to be made mandatory nationwide – I’ll do everything in my power as president of the United States to encourage people to do the right thing,” Biden said.
Overall, a mandate is not likely anytime soon, and likely not to come from the federal government. Such a requirement could, however, be enforced at the state level.
If businesses or schools were to require workers or students to get a new COVID-19 vaccine, especially if the FDA allows emergency use authorization or shortcuts clinical trials, expect the issue to be handled in court.
It is most likely that employers and states may require vaccination for return or access to workplaces, schools and colleges and mandate it once the FDA issues full approval.